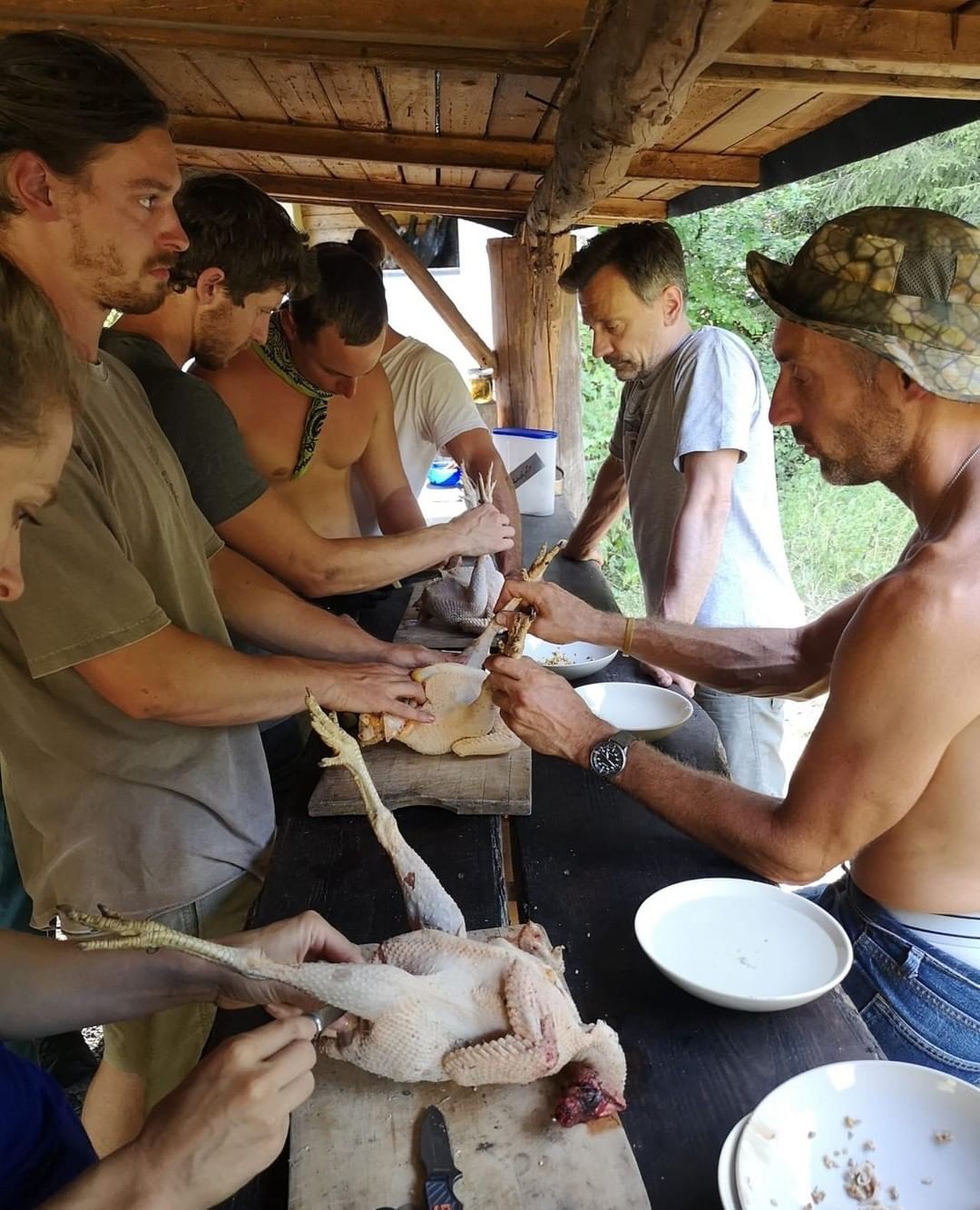 My eyes gaze in this picture because I do not use them, as I need to focus fully on the touch of my fingers feeling the intestines of the chicken, to take it out without breaking anything, as this would make the meat bad. ⁠

The picture is from a recent workshop at the Camp of my teacher Uwe, where Uwe and Pascal let a workshop for my closer people over four days. One thing we did was butchering three chicken. Old way. With respect and prayer. I have done this a few times already, but the intensity is always there.⁠

Contrary to what some people might argue I do not think you have to be able to kill an animal to be allowed to eat meat. That's silly. ⁠

Many of my participants and friends are vegan or vegetarian, others eat meat, some are even having phases of just eating meat. What is important is to buy from responsible sources. That's actually one of the most basic moral imperatives.⁠

Thanks to Wildnis Training, coming there for 10 years now. Brought there already dozens of people. I can teach because I also know what it means to be a student.⁠