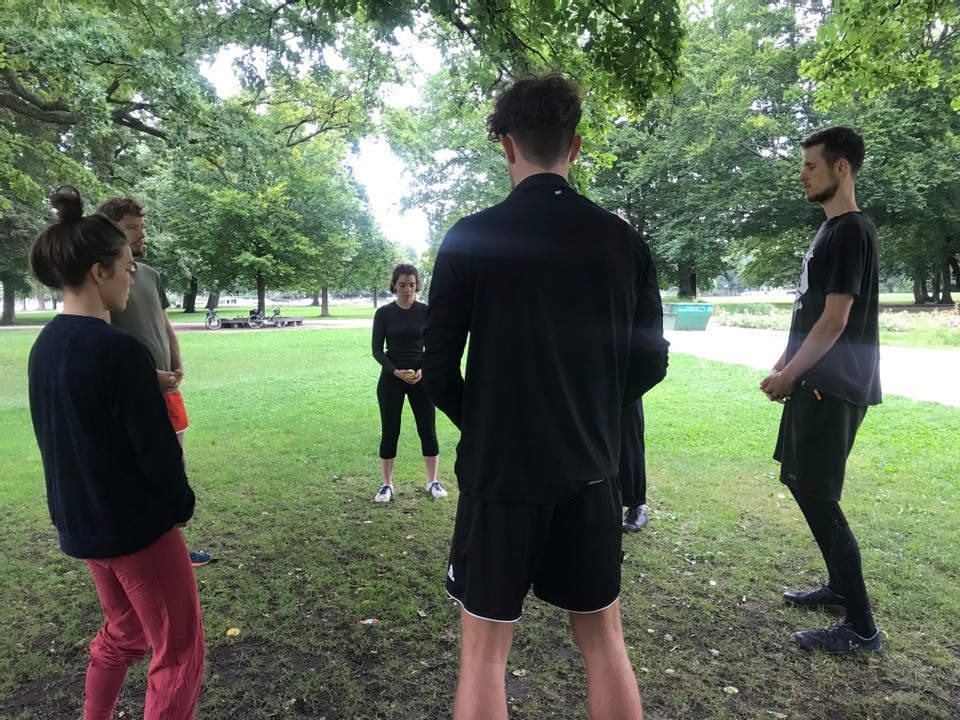 For three months our group in Berlin met every Monday and Thursday in a park. And even though each class would run always a bit differently and to a certain level unpredictably, one deliberate choice of mine was to begin always with the same topic: the basic stance. For 10-15 minutes we would stand. Nothing else. And in this nothingness: the whole universe.

The stance is a fundamental practice in internal Chinese martial arts. I have learned the stance from Joseph, who himself learned it from other teachers. Touching upon such traditional practice is learning to respect and appreciate its and our own depth.

I see a big value on the stance for the beginning of the practice when students are still fluctuating between the atmosphere of work or home or wherever they are coming from, and the atmosphere of the training. The stance helps us to arrive. It is our common start, where we root together.

Things to notice in the practice of the stance:⁠
⁠ - go into a standing position, more or less intuitively
⁠ - try to find a position where you are standing with your weight more or less divided on your feet. You can start by rocking front and back from balls to heels until you find the feeling of a middle, which is not static but serves as reference to go back to
⁠ - bend the knees slightly ⁠
- tilt your pelvis slightly to the back (tucking the tail) ⁠
- elongate your spine by imagining someone is pulling you from the top of your skull, making the neck long, creating space in between the rips⁠
- you can allow your chin to fall slightly towards your chest⁠
-you can relax the arms and hands. Later on you can also hold a small weight in your hands or pick a new position to the hands⁠
⁠