The Ethics of Danger 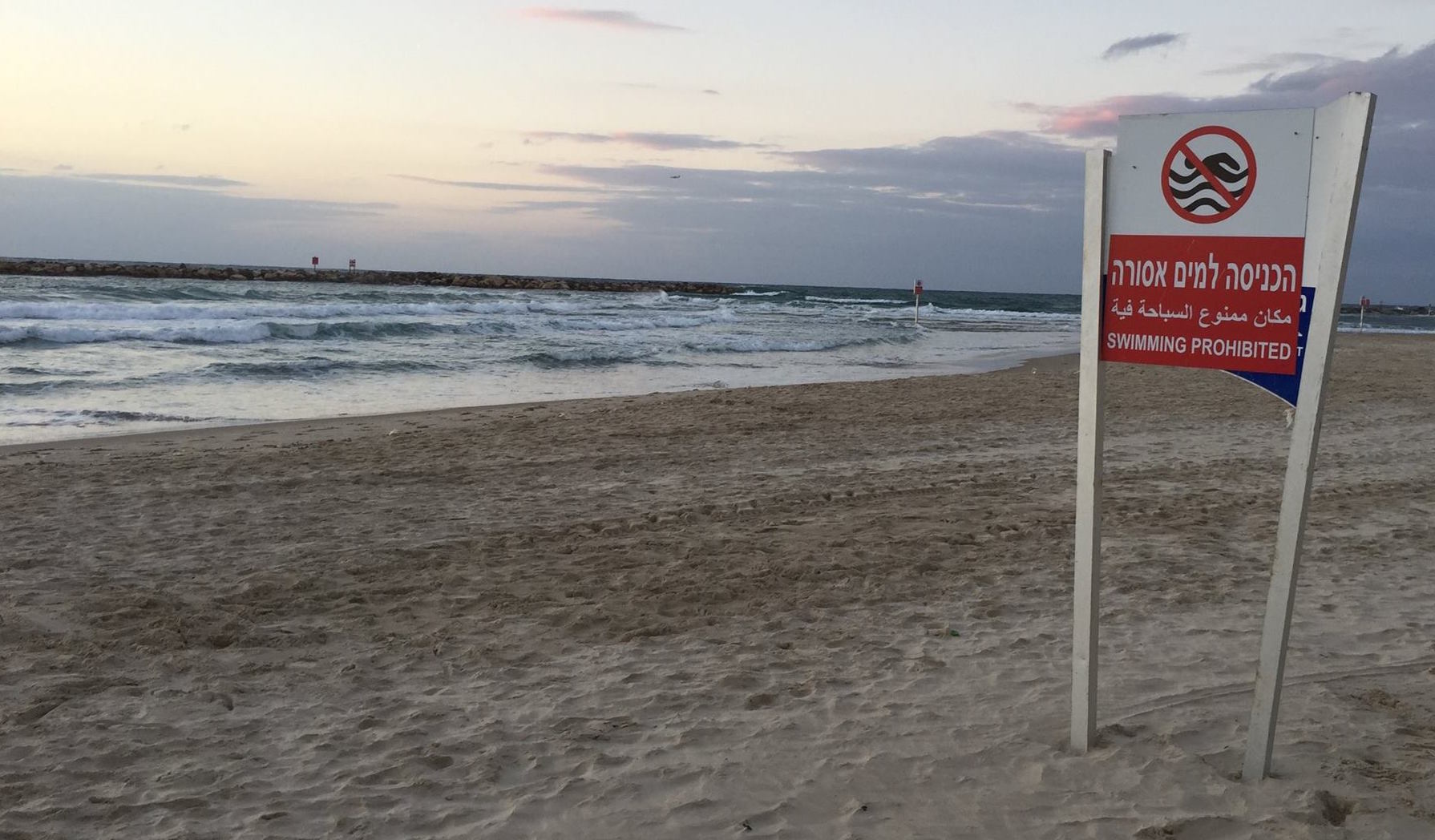 This sign on the beach states that it’s prohibited to swim. It’s not prohibited to swim everywhere on that beach, but it’s prohibited where the live guards are unable see you. So 50m to the right and to the left it’s allowed to swim. What a farce.
First of all it’s highly unethical to prohibit anyone anywhere from swimming in the sea. Same as every private beach at the sea or at lakes is a disaster for human kind. If nature can only be enjoyed by the privileged few than we (and it doesn’t matter if it’s one private square meter or 1 million) end up in the world of „Gattaca“ or „Soylent Green“. But that’s a different story. So again: You cannot forbid anyone to swim in the ocean, where ever he likes to swim.
The reason of the prohibition here is safety. You should swim, where the life guards can see you, so you should swim, where you can be rescued, where it’s safe. This is another charade.
As a human it is my own decision, if I want to do something dangerous that is not hurting anyone else. It is definitely not the decision of the city council or whoever made these signs. If I want to swim at a spot in the ocean, where no lifeguards protect me, it’s my own decision. You cannot not allow me to put myself at risk and danger. The solution here would be to put a sign that states „no lifeguard protection in this area“. It’s very responsible to inform someone of an inherent danger. But in the end the responsibility for myself lies within me. If I want to swim in the dangerous ocean it’s my decision, if I want to swim in the storm, it’s my decision. Same as it would be my right as a human to commit suicide. In contrary to the beliefs of some controversial religious world views like christianity, my life belongs to me and if I feel like ending it, than this is my right to do so.
We are moving into a direction where the state thinks he needs to take more and more responsibilities off the people. Like in some countries you have to wear a helmet when you ride a bike. Now some people might say „yes, it makes a lot of sense to wear a helmet when you ride a bike“. Yes that’s very true, but that’s not the point. It also „makes sense“ to swim where the life guards can see you. Yes this all makes a lot of sense. But life is not just about making sense from a certain point of view, which is mostly safety in thats case (hidden as rationality). So the state and the society that it represents have this code of ethics where it assumes that the most important thing for human beings is safety and health. But only because this is the common view doesn’t authorize the state to induce this view on every citizen. A human being can have a complete different point of view where he beliefs, for example, that the most important things are freedom or experiences or suffering or whatever. And as long as I don’t hurt anyone else, my beliefs have to be accepted. That’s why you cannot make it a law that people need to wear helmets. Because it’s my own responsibility. You can show me a statistic where you show the severeness of injuries in road accidents where the biker didn’t wear a helmet, and I thank you for that, but that’s it. If I want to bike without a helmet it’s my own decision. You can even argue that there is something like a risk homeostasis where wearing a helmet makes you more prone to have an accident because you feel more safe. Boom.
We can make this list longer and longer. Like the law that you have to wear a seat belt. Again, I don’t potentially hurt anyone else than myself by not wearing a seat belt. The 3 point belt is one of the greatest inventions of the automotive history and most likely the most crucial safety factor in the car. To wear the seat belt is rational, it makes a lot of sense. I never had a moment where I thought „now I don’t want to wear a seat belt“, but still it’s my responsibility and if I get a fine over 30€ (germany) for not wearing a seat belt than again this is a farce.
I admit here that there is another thing to it: that many people are not putting responsibility in their own hands. Here a simple statistic: When germany started to fine people 40DM for not putting their seat belts in the year 1984 it increased the percentage of belted passengers from 60% to 90%.
But does the fact that we are idiots allow the government to take responsibilties away from us?
Crossing a red light is a bit more tricky for example, because I can potentially hurt other people. But if I cross a red light on an empty street, than the responsibility again belongs to me.
The state or institutions taking away responsibilites from the people is especially an anglo-saxon phenomenon. London is full of these signs.
Please let me put myself at danger. Let me swim in the ocean, take the 147 flights of stairs, ride the bicycle without a helmet, cross a red light, climb trees, balance in height. As long as I don’t (also potentially) hurt someone else, please just let me be.

„That government is best which governs least“
H. D. Thoreau

Joseph Bartz
07.12.2015
Originally posted on Facebook: The Ethics of Danger